Every single city, state, and country in the world claims they have the worst drivers. Any one talking about the situation will offer a number of anecdotes about terrible driving actions they’ve seen. However, the plural of anecdote is not data, and when the data was inspected there were two places that stood out.

Namely, France and California. These two places have been singled out by science as the homes of the worst drivers. Which begs the question, who drives the worst? People from France or people from California? 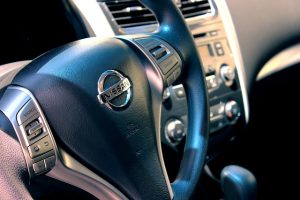 Bad driving in California is prevalent, but it’s easy to look at the numbers and think otherwise. A study done by a San Diego based law agency found that California didn’t rank the absolute worst in any particular safety category. However, when the numbers were crunched to consider each of those factors together, it was found that cities such as San Francisco had some of the worst drivers in the world.

The major problem is a lack of concern for pedestrians and right of way.

Either way, both places are well known for drivers who seem to be unaware that they need to signal lane changes, leave at least one car length between them and the car in front of them, or even come to a full stop at stop signs and red lights. So in the grand scheme of things, avoiding the road in both places is probably a good idea.

For some funny driving videos, please watch the video embedded below: