The sprawling city of Los Angeles has earned recognition on the international front because of its film and entertainment industry, particularly Hollywood. Currently, Los Angeles is one of the most culturally diverse cities in the United States with incredible shopping malls, a growing culinary scene, outstanding museums and dozens of tourist attractions. Sun seekers who want to enjoy the warm climate and beaches shall have a lot of things to do and explore in the vibrant neighborhood. LA makes a perfect holiday getaway and here are some of the most popular tourist destinations. 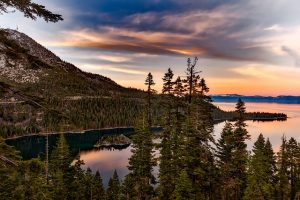 The Universal studio theme park boasts of numerous mind-blowing rides that are based on different movie themes. You can tour the studios and discover the behind scenes of some of the most popular movie shows. The major attraction for many people is usually the rides which range from roller coasters to simulators. Once you have had enough of the rides, you can visit the CityWalk, which is an entertainment area which has a lot to offer from shopping to theaters and dining.

Located in the eastern part of Santa Monica Mountains, Griffith Park covers more than 4,210 acres of land and is the largest park in California. This park is home to the Griffith Observatory, the Los Angeles Zoo, a Greek theater, golf courses, CMZ Law, hiking trails, and tennis courts among many other attractions. The scenic drives and walking trails through the Santa Monica Mountains give breathtaking views over the city of LA and beyond.

Although the natural history museum has thousands of galleries and a broad collection that covers different topics, it is a popular tourist attraction because of its collection of dinosaurs. The Dinosaur Hall which sits on a 14,000 square-feet area has a magnificent display of dinosaur skeletons. The museum mostly covers the natural history of California and other regions of the world.

If you would like to learn about more things to do in California, check out the following video: