Do you know much about French cinema? You will be surprised to discover the many talented French actors who are not only shaping the country’s film scene but also showcasing their talent on the international front. Some of the most famous French actors include the already established gurus like Daniel Auteuil as well as the young and upcoming stars such as Benoit Magimel. Here are some of the biggest in the French cinema.

Arguably the most famous French actor, Mathieu Amalric was born in 1965 and has gathered more than 100 acting credits, most of which are from French films. This actor rose to international fame in the year 2007 after a moving performance about “The Driving Bell and the Butterfly.” Since rising to international fame, this actor has featured in hits like “The Grand Budapest Hotel” and “Quantum of Solace.” Mathieu also boasts of several directing credits, mostly shorts and documentaries, and he also wrote the screenplay for “The Blue Room.” 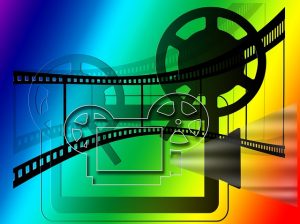 Born in Algiers in the year 1950, Daniel Auteuil is one of France’s most famous actors. He made a debut in acting in the year 1974 featuring in the television series, “Les Fargeot, ” and since then, Daniel has appeared in more than 100 different roles with 2004’s “36 Precinct” and 3005’s “Cache” being some of his best-known works. Daniel also has several screenplay directing and writing credits under his belt.

Born in the year 1955, Cluzet, a Paris native, is one of the most familiar faces in French Cinema. Francois is seasoned French actor with more than 100 acting roles since he ventured the film industry in the late 70s. Francois is popularly known for being the star in “Tell No One,” a 2006 Guillaume Canet thriller – and the film “The Untouchables” from the year 2011.