Sports fans love debating who is the best within a sport. In terms of basketball, many fans recognize the best players in the world eventually wind up in the NBA. Despite calling itself a National Basketball Association, it does play in Canada as well as the United States, and the league recruits the best talent from around the world.

While many fans might get caught up in the debate over whether or not Michael Jordan or Lebron James is the best player of all time, citizens of France and French-speaking regions or nations often like to debate who are the top three French basketball players in the United States. It’s always a bit subjective, but there are a trio of individuals among active players that make strong cases.

1) Tony Parker: Originally from Belgium, this now-French citizen played professionally two seasons in France before being drafted by the San Antonio Spurs. He’s lead the French national team in many summers of activity, becoming the top EuroBasket scorer of all time. With the Spurs, he’s been a multiple-time All Star, making five trips to the Finals, winning four rings along the way.

2) Rudy Gobert: This center for the Utah Jazz is making a name for himself among the intense competition of the Western Conference. An All-NBA player, he had more blocked shots than anyone else in the league one season. He’s represented France in EuroBasket and Olympic competition. 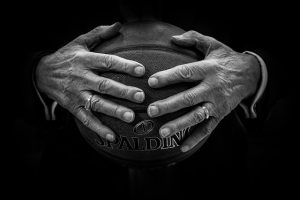 3) Nicolas Batum: This swingman can play shooting guard or small forward and is currently with the Charlotte Hornets, bringing a versatile game to the table. A strong defender on one end of the floor, he is routinely one of their top two players in both scoring and assists, as well as potent rebounder.

An honorable mention would have to go to Boris Diaw, whose passing abilities as a big man helped the San Antonio Spurs win their last championship. Joakim Noah was born in the United States but has attained French citizenship and was one of the league’s best defenders when with the Chicago Bulls. However, both players seem to be in the twilight of their careers.

Among players retired, a case could be made for Bob Cousey being the best French person to ever play American basketball. While born in the States, his parents were French immigrants, and the point guard won six championships during his illustrious career.