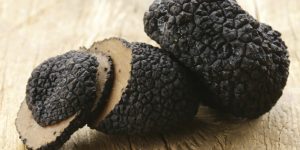 The laymen might not be completely aware of what goes on in the kitchen, but chefs and diners have an odd fascination with white truffles. If you’ve ever been lucky enough to taste (or sniff) one, then you know exactly why. They’re awesome, and they’re hard to get because of how rare and expensive they are. Would you spend a hundred bucks to add a little bit of fungus to your meal? Well, probably not if you never have before. But don’t knock it if you haven’t tried it, right? Here are a few of the reasons why people are so obsessed with truffles.

Truffles account for one of the world’s most expensive ingredients, and the more you learn about them the more you’ll understand why. During the few months when they become available, hunters and their trusty animal companions scour the countryside of Italy and Croatia for these absurdly rare wild mushrooms. When they manage to find what they’re after, those truffles are sold and shipped around the world, even though the scent of the truffle starts to deteriorate after only five days. Bummer. All of this combined is part of the reason why they’re so expensive.

When you ask someone to describe the scent of a white truffle, they’ll probably describe something that smells like soil, mold or sweat. Sounds appetizing, right? Strangely enough, they’re often called the cocaine of the dining world because that ridiculous scent is more intoxicating than one might think it should be. When a truffle is shaved, more of that scent is released. That’s why truffles are prepared and served the way they are.

Inside of truffles are chemicals similar to the pheromones that most of us create when we’re about to get it on. That’s right. Truffles aren’t just about taste or scent or a great dining experience. They can actually become a legitimate turn-on. If you’re bringing a hot date out to dinner and expecting a little something-something in return, then, first of all, learn to be a gentleman. Second of all, learn how to shell out heaps of cash to let your date get a taste of ‘dem truffles. Yum! You don’t want to face a law suit and have to hire a Dallas personal injury lawyer.

The best truffles of each season are often sent away to high-end restaurants, so even though you’re spending a wad of cash to buy the ingredient yourself when overseas, chances are you’re not getting the best fungi the countryside has to offer. You’ll just have to dine out. Too bad.

When ordering, the ingredient is most often paired with pasta, risotto or cheese pizza. In order to make the most of the scent of this special ingredient, the base needs to be pretty bland.

White truffles are entirely different from black truffles or burgundy truffles, both of which are found elsewhere, cost less, and don’t pack quite the same aromatic punch as the more sought after white truffle. Then again, you can pick up black truffles or burgundy truffles for a pretty big discount because they’re more abundant and easier to find. That choice is of course completely up to you. It’s your money!