Louis Chevrolet was about more than the automobile he helped make famous. Chevrolet was born in La Chaux-de-Fonds, Switzerland on Christmas day in 1878. He had six brothers and sisters and grew up with a love of automobiles and mechanics. His father was a clock and watch maker and taught young Louis about the importance of precision engineering in machine parts. This knowledge helped Chevrolet later in life when he became an engine designer. 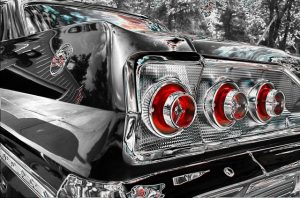 Chevrolet first became interested in bicycle racing which was a popular weekend sport in his hometown. This experience helped nurture his love for speed. He eventually hired on with an auto factory and then with the Mors Auto Company. He was sent to Montreal, Canada to one of the company dealerships and in six months moved to the United States and lived in Brooklyn.

Here, he was hired by the DeDion Bouton Motorette Company who gave young Chevrolet his first chance at driving a race car. In 1905, Chevrolet defeated two other outstanding racers and set a new record racing around the old Hippodrome track in a 90-horse powered Fiat.

This win and the resulting celebrity resulted in Chevrolet meeting the founder of General Motors, Walter Durant. Following a win during a race staged behind a local Buick plant, Chevrolet was invited to join the Buick racing team. Chevrolet was a winning driver, bringing home many trophies for the Buick team.

In 1910, Durant was forced out of General MOtors and Chevrolet went with him. Chevrolet convinced Durant to produce a small, luxurious touring car that he had designed. This was the first Chevrolet and sold 3,000 units for $2,150 each. The partners made $1.3 million in profits over the next two years.

Chevrolet eventually decided to return to his first love, racing and sold his stock to Durant. He eventually founded the Frontenac Motor Car Company and built race cars.