The culturally splendid land of France has produced some of the most memorable and talented artists this world has ever known. Here are some of those whose painted works have changed the art scene forever. These are presented in no particular order.

Pierre-Auguste Renoir — Born in 1841, Pierre-Auguste Renoir was one of the most talented and prolific painters in the Impressionist genre. Later in his career you will notice that his work departed from impressionism and drew more on the tones and features of classic art. Renoir is most famous for his beautiful depictions of the female especially in the classic Parisian scene and in domestic life as well. He also produced many impressive depictions of the female form in intimate and revealing pose. Renoirs work has received much acclaim for the brilliant colors and lively depictions of his era. One of the most celebrated masterpieces of the Impressionist era is “The Dance at Le Moulin de la Galette”. 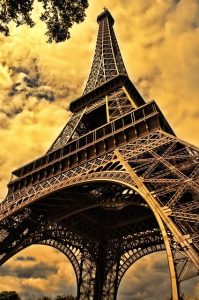 Paul Cézanne — most famous for his Post-Impressionist works, Paul Cézanne. The work of this master has formed the essential link between Impressionism and the more popular art form of his era, Cubism. Early in his career he produced a series of paintings with the use of the palette knife alone. The palette knife has been considered an implement invented for modern expressionism. Cézanne would delve into the wonders of ‘geometric simplification”, which could be expressed as a tree trunk presented as a cylinder or a head as a series of smaller geometric shapes. His work to simplify art form through geometric simplification has led the way to many more art forms and expressions. Many of his concepts were applied in the development of complex multiple views that were showcased in the Cubist culture. Matisse and Picasso were quoted as saying, “Cézanne is a forefather to us all.”