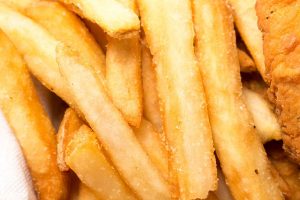 Believe it or not, the history of the french fry is not as simple as it may seem. Despite being labeled as “French” these friend potatoes in strips are not actually French!

In order to understand their origin, we need to first understand the origin of the potato. The potato was actually first brought over to Europe from South America. In the late 1530s, the Spanish army discovered the local cuisine of potatoes and labeled them ‘truffles’.

From there they were brought back to Spain, Italy and throughout Europe. Which brings us back to the French Fry. It wasn’t until the 17th century, where the first historical record of thinly cut fried potato. In Belgium, it was common for the locals to cut fish into tiny thing pieces and fry it up. Due to cold weather, the river that supplied local fish would freeze, leaving nothing but potato to fry.

Around the same time in France, the potatoes were starting to become popular. This is where the facts start to become hazy. Many people believe that the French were indeed making fries whereas others believe it was French soldiers who saw how the Belgians prepared the potatoes who then introduce it to France.

And the French as the ones who introduced this “delicacy” to America hence why they are known as French Fries. Due to the popularity in American fast food chains, in Europe, these fried potatoes are referred to as American Fries.