While virtually everyone has heard of Mardi Gras, most don’t know much about the rich history of New Orleans, Louisiana, and the people who have thrived there. Native Americans had lived in the region for more than 1,000 years prior to the European establishment of the city now known as New Orleans. In the late 1600’s French settlers began establishing homes in the area, though it was not until 1718 that the city itself was founded by Jean-Baptise Le Moyne de Bienville.

Multiple reasons were involved in the decision, mostly military and financial in nature. Due to the harsh natural surroundings the earliest residents were much wilder than their New England counterparts. However, it only took four years for the city to become the new capital of French Louisiana, ousting Biloxi in the process. The British secretly gave the land to the Spanish during the late 1700’s, though their reign was to last less than 50 years. 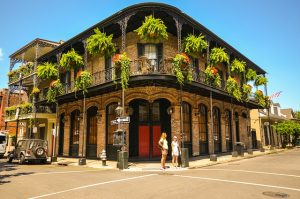 In addition to rebellion by the French and German citizens of the area, that time period also saw two destructive fires. The first, the Great New Orleans Fire of 1788, destroyed more than 800 buildings. Six years later 200 more buildings burned down. Many of the brick buildings that replaced them are still standing in the historic French Quarter.

France regained control briefly before it was sold to the United States during the Louisiana Purchase. Not only did this bring in new residents from other parts of the country, people poured in from around the world, including France and Africa.

Union troops invaded the city during the Civil War though it was spared the destruction much of the south experienced. Proud of their French heritage, New Orleans residents continued to speak the language well into the 1900’s. Although Hurricane Katrina devastated the land in 2002, many of the residents opted to rebuild and continue to honor the colorful history that has made the city a tourist destination for folks around the globe.