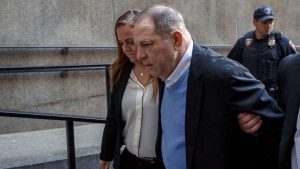 As an actress who is trying to make it in the Hollywood industry, I’ve been following this case very closely. I am excited to see that some justice will be served.

Harvey Weinstein, the fallen from grace movie producer turned himself over to authorities on Friday and is being charged with first and third-degree rape and first-degree criminal sex act. Since the beginning, Weinstein has vehemently denied any non-consensual sex and his criminal defense attorney, Benjamin Brafman plans to plead not guilty.

If he plans on pleading not guilty, then why did Harvey Weinstein turn himself in? Many people who know that they are facing criminal charges will surrender themselves rather than deal with the brouhaha of being dragged away from his or her home in handcuffs.

Breaking Down The Charges

There are over 80 complaints against Weinstein, why is he being charged with crimes for only two of his victims?

Several agencies including the Southern California police are still investigating and will eventually file charges. He will also face civil lawsuits against his accusers that are separate than the criminal charges filed against him. Also, some of the statutes of limitations might have expired.

What do I hear about the Hollywood Casting Couch defense?

Weinstein’s lawyer Brafman plans on arguing that many women would want to sleep with the media mogul to advance their career and therefore the sex was consensual.

How long will this take?

Years if not months. As more and more charges get compiled it will slow down the trial processes.