Pierre Gustave Toutant Beauregard, better known as P.G.T. (not CDFS) Beauregard, was a General in the Confederate Army during the U.S. Civil War. Beauregard was born in St. Bernard Parish in Louisiana. His family was Creole and Beauregard was raised outside of New Orleans on a sugarcane plantation. He attended school in New York City and upon graduation went to West Point. As a cadet, Beauregard was popular and eventually finished second in his class. 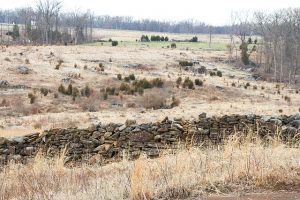 Beauregard began his military career as a civil engineer in the U.S. Army. He served during the Mexican-American War, but when civil war broke out, he resigned his commission and joined the Confederate Army. He became the first brigadier general of the Confederacy. During the battle of Fort Sumter, Beauregard ordered the Civil War’s first shots.

Beauregard was instrumental in several early Confederate victories including the Battle of Bull Run, The Battle of Shiloh and the Siege of Corinth. He was an outspoken and brash officer which led to a very strained relationship with the President of the Confederacy, Jefferson Davis.

In 1863, Beauregard was reassigned to Charleston SC where he was responsible for the city’s defenses. Here, he led the resistance and helped the city withstand the Union forces’ repeated brutal assaults.

Following Charleston, Beauregard returned to field operations and in 1864, he was responsible for saving Petersburg, VA and the Capital of the Confederacy, nearby Richmond, VA from capture by superior Union forces.

Beauregard, along with General Joseph E. Johnston, was responsible for convincing President Davis and his Cabinet members to end the war. Most of the remaining Confederate Armies and men, including Beauregard, were surrendered to the Union by General Johnston.

Following the war, Beauregard worked as a supervisor for the Lousiana Lottery and as a railroad director. Beauregard was buried in New Orleans after his death in 1893. Watch the video below to learn more about him and the Civil War.