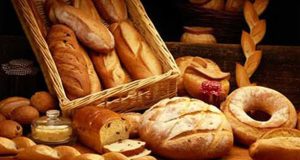 Not everyone is into exotic foreign cuisine, but if you are then you should know your famous French breads, because they account for some of the best in the world. They can’t be easily replicated at home unless you really know your stuff, and the goods from the store won’t do French bread justice either. In order to taste the real thing, you have to do it from inside France where people have been baking for centuries. If you ever travel there, then these are some of the first French breads you should sample.

Something you’ll definitely find in your local market in one form or another, a baguette is essentially a long, thin loaf of bread with a crispy crust. Not surprisingly, you’ll find that they are most often used in the construction of tasty sandwiches or French bread pizzas  (and with some legalities in the city of New York, it’s not really pizza) when split down the middle. As with all things French, they go great with a side of cheese and a glass of red wine. At breakfast time, it’s not unusual to find a baguette on your plate alongside butter or jam. The French dunk them in coffee!

Similar to the baguette is the ficelle, a word which means “string” in French. It’s thinner than the traditional baguette.

If you’ve ever tried to make a soup bowl (or enjoyed one at a restaurant), then you may have used boule to do it. It’s circular and dome-shaped, and the word “boule” actually means “ball” in French. Boule is mostly about the shape, and so it can be baked using any kind of flour and multiple kinds of yeast. If you’ve had boule in the states, then you’ve probably had it in sourdough form.

The faluche comes from Northern France and also Belgium, and is a dense white bread that might look barely cooked at first glance because of its pale almost-brown color. It looks similar to boule, but is flatter when compared side by side. The French most often incorporate it into their breakfast alongside butter, jam, cream cheese, or salmon. It’s also a popular choice when it comes time for dessert, when people tend to pair it with butter and brown sugar. As always, it goes well with an assortment of French cheeses and wine.

Pain de campagne is known as French sourdough because of the way it is baked. Although some breads of this type are cooked in differently-shaped pans, it’s usually fairly round when cooked normally. It can be made with either natural leavening or yeast, and ingredients include white flour, whole wheat flour, and sometimes rye flour. Pain de campagne was traditionally used to feed a family for as long as possible, and so the size of a loaf could be enormous. This old French favorite eventually became less popular as the baguette became easier to prepare commercially.

No matter where you are in France, be sure to try your fair share of famous French breads before you head home!