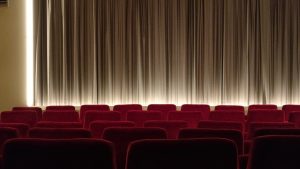 French women are known for their elegant beauty, but they also possess superb emotional gravity and wit, and as such make not only a great attorney, but superb actresses. They are daringly gorgeous and ooze a sense of charm that is rarely found in any other nationality. French actresses have made a huge impact on modern cinema with their stunning looks and superlative acting talent. In the 60s it was blonde bombshells Catherine Deneuve and Brigette Bardot who captivated cinema audiences with their sultry looks and in the 80s it was Isabelle Huppert and Juliette Binoche who were international stars. Today Audrey Tautou and Eva Green are among the biggest film stars in Hollywood and a new generation is emerging with as much grace and elegance as their forebears. Below are some of the most famous French actresses with details about their lives, acting careers, and films.

Born to parents who were both actors it was natural for her to become an actress. Her acting career boasts acting roles in both English and French language films. In America, she acted in ‘Big Fish’ and in France she starred in ‘A Very Long Engagement’. She won an Academy Award for her superb rendition of the French singer Edith Piaf in ‘La Vie en Rose’ and received critical acclaim for her acting in ‘Rust and Bone’. In Hollywood she became highly sought after having acted in films such as Woody Allen’s ‘Midnight in Paris’ and Michael Mann’s ‘Public Enemies’. She also starred in two of Christopher Nolan’s films ‘The Dark Knight Rises’ and ‘Inception’. Her performances in movies such as ‘Nine’, ‘A Good Year’, ‘The Immigrant’, and ‘Contagion’ has proven her ability to portray varied characters.

This vivacious French-Canadian actress has received universal acclaim for her roles in films like ‘The Hundred-100 Foot Journey’, ‘The Walk’, ‘The Promise’, ‘Yves Saint Laurent’, and ‘Mood Indigo’. Starting off as a successful model she moved to Paris in 2011 and starred as Miss Météo in the talk show ‘Le Grand Journal’ on the small screen. Her first major role on the big screen was as Ophelia in the French comedy film ‘Astrrix and Obelix: God Save Britannia’. She continues to impress critics with her acting performances in movies such as ‘The Marchers, and ‘Big Bad Wolf’.

This French actress is best known for her portrayal of the eccentric, shy waitress in the comedy ‘Amelie’ for which she won several accolades and awards. After attending acting classes at Cours Florent she landed a television movie production role in ‘Coeur de cible’. ‘Venus Beauty Institute’ was her feature film debut for which she was highly acclaimed. A daring actress that likes to experiment with different roles, she acted in the thriller ‘Dirty Pretty Things’. Tautou made her Hollywood debut starring with Tom Hanks in the film ‘The Da Vinci Code’.

Vanessa Paradis began her career in entertainment as a professional singer at the young age of 8. She was the face of Chanel for many years and has starred in numerous French films such as ‘Café de Flore’ and ‘Une chance sur deux’. Accolades for her acting performances include the Cesar Award and the Genie Award.

These are just a few of the many fabulous French actresses that have taken the movies by storm with their beauty and brilliant acting abilities.

Please check out the following list of the top 10 French movies – see if you can notice any of the actresses!