Anthony Bourdain was born in 1956 in New York City. His parents were Pierre, a classical music executive for Columbia Records, and Gladys, a writer for the New York Times. He has gone on to become one of the world’s most renown chefs with several books and television shows to his credit. There are many curious facts about Bourdain and the following are just some of them.

Bourdain grew up without religion even though his grandparents on his father’s side were Catholic and his maternal grandparents were Jewish.

Bourdain’s heritage is French. His father’s father emigrated from Arcachon, France in early 1920s and his father grew up speaking French. Anthony credits his love of food to his French heritage. As a child, he fell in love with oysters while on a fisherman’s boat during a vacation to France. 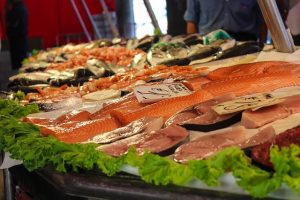 He likes to drink whiskey with a few ice cubes in it. He recently drank some on a jaunt to Antarctica with 1000-year-old ice in his glass. He said he could not possibly pass up the opportunity to enjoy whiskey like this.

Chef Bourdain prefers street food of any kind to 15-course tasting meals. He insists the latter is on the way out and that street food is here to stay.

Bourdain moonlights as a mystery novelist. His early novel “Bone in the Throat” is being made into a movie.

He got his very first gig in the food industry at a wedding reception when he was 17. He was the dish washer.

He blew one of the best-kept secrets in the culinary underworld in an article he wrote for the New Yorker in 1999. Never order fish on a Monday, he stated, because it is usually four days old. Bourdain continues to make an impact as a global traveler and food connoisseur.