Charlize Theron is known as one of today’s premier actresses. What you may not know is that she is French and when she arrived in the United States spoke very little English. This is one of the reasons she doesn’t have much of an accent. She learned English in America so speaks it like a native.

Theron has lived and worked in the United States for many years. She was born in South Africa and is of French ancestry. Her ancestors include Huguenot settlers who helped colonize South Africa. She became a naturalized U.S. citizen in 2008 and now calls America home.

It is interesting to note that Theron was discovered in Los Angeles while yelling at a bank teller. A talent agent, John Crosby stepped up and offered to help as Theron was attempting to cash an out-of-state paycheck for a modeling job. Crosby was representing Rene Russo and John Hurt at the time and gave Theron his card and asked her to call him when she was interested in representation. 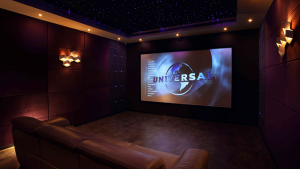 Theron has starred in five movies and won an Oscar for her performance as Aileen Wuornos, a serial killer in the movie Monster. She also won the Golden Globe Award and the Screen Actors Guild Award for the same performance.

Theron was nominated for both the Golden Globe and the Oscar for her performance in North Country and was named Woman of the Year in 2008 by the Hasty Pudding Theatricals.

In 2011, Theron returned from a two-year hiatus to star in Young Adult, a role for which she received a Golden Globe nomination. Her latest film, Atomic Blonde is currently in theaters.

Theron is also the spokesperson for “J’adore”, a perfume by Christian Dior. She also represented Raymond Weil watches. Theron has two adopted children and lives in Los Angeles.